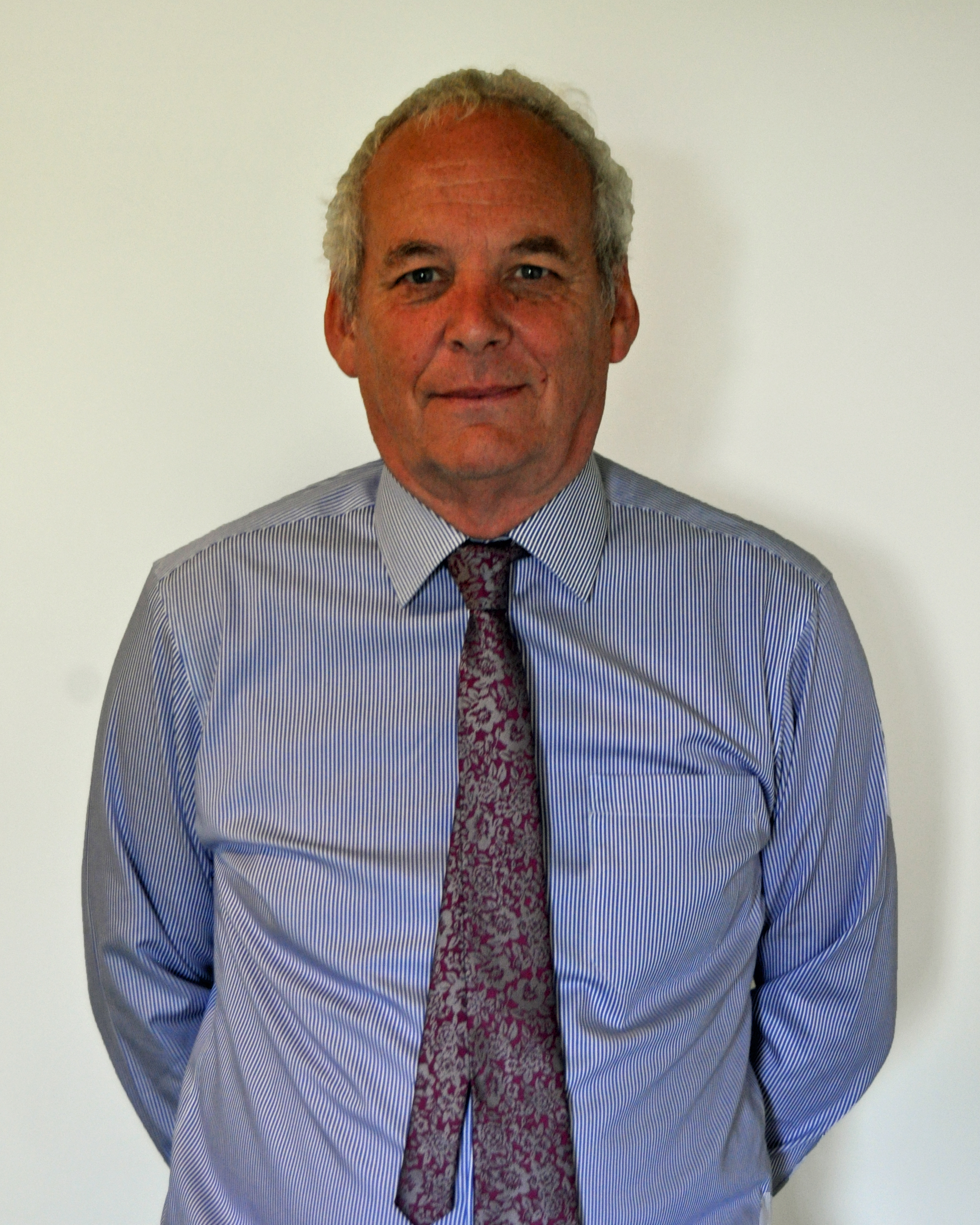 Andy is a Trainer/Assessor for most of the sentinel railway competencies. He has a teaching background with colleges, but his career with railways comes from his passion for steam trains and heritage railways. He regularly drives steam trains so his knowledge of railways is two sided. 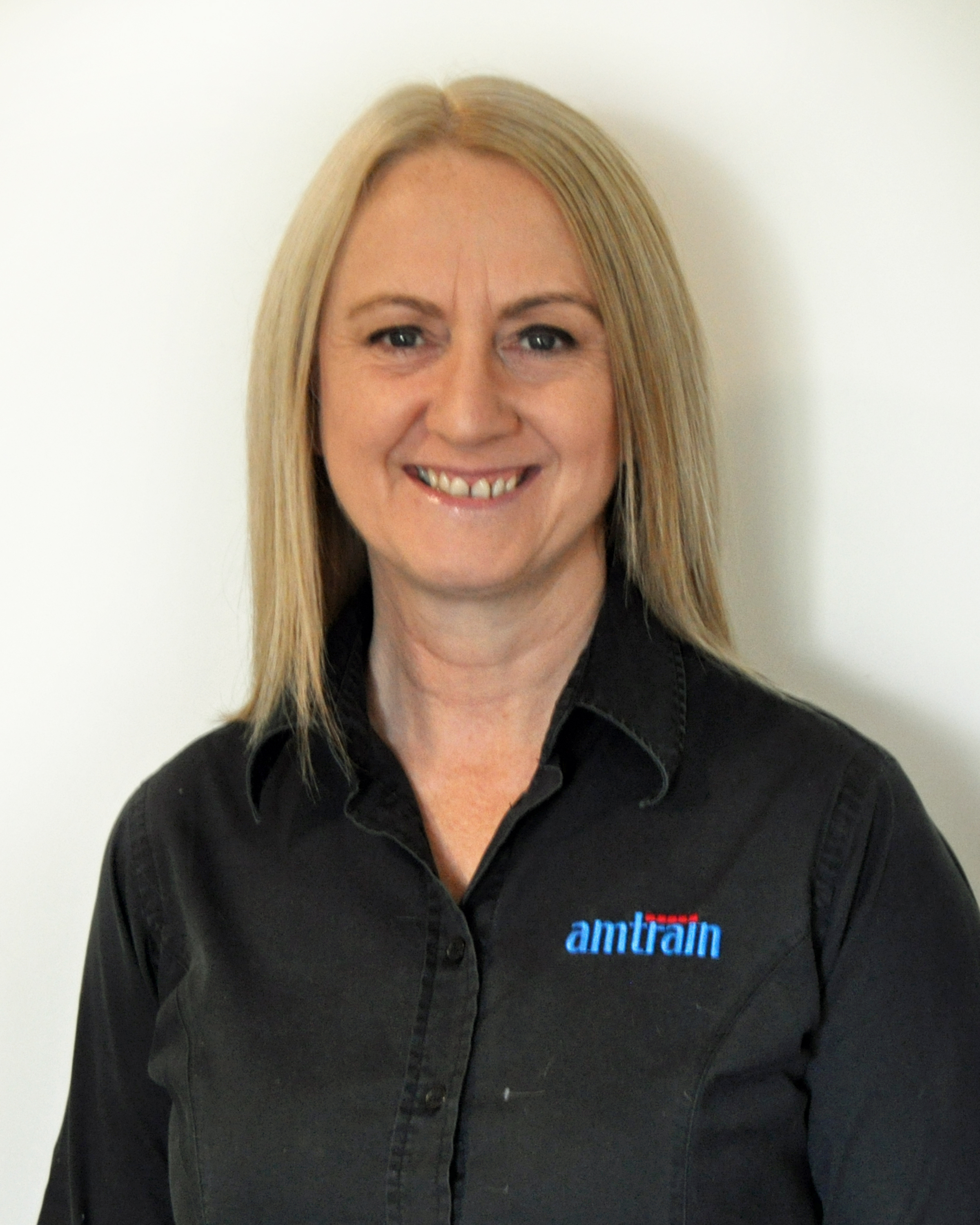 Sheila has been a trainer for over 20 years when she started working with adults and children who had additional specific educational needs. Training people with additional training needs has been of special interest of hers as she worked in the Deaf community for 12 years. She has had an interest in the railway for many years and has visited many railway sites through her involvement as a steam support crew member and has volunteered her services with many steam locomotives over the years and was the fund raising officer for A4 locomotive Sir Nigel Gresley for some time which is currently based on the North Yorkshire Moors Railway, where she is a qualified fireman. Sheila also volunteers in her local community visiting people with dementia helping them re-visit life experiences. 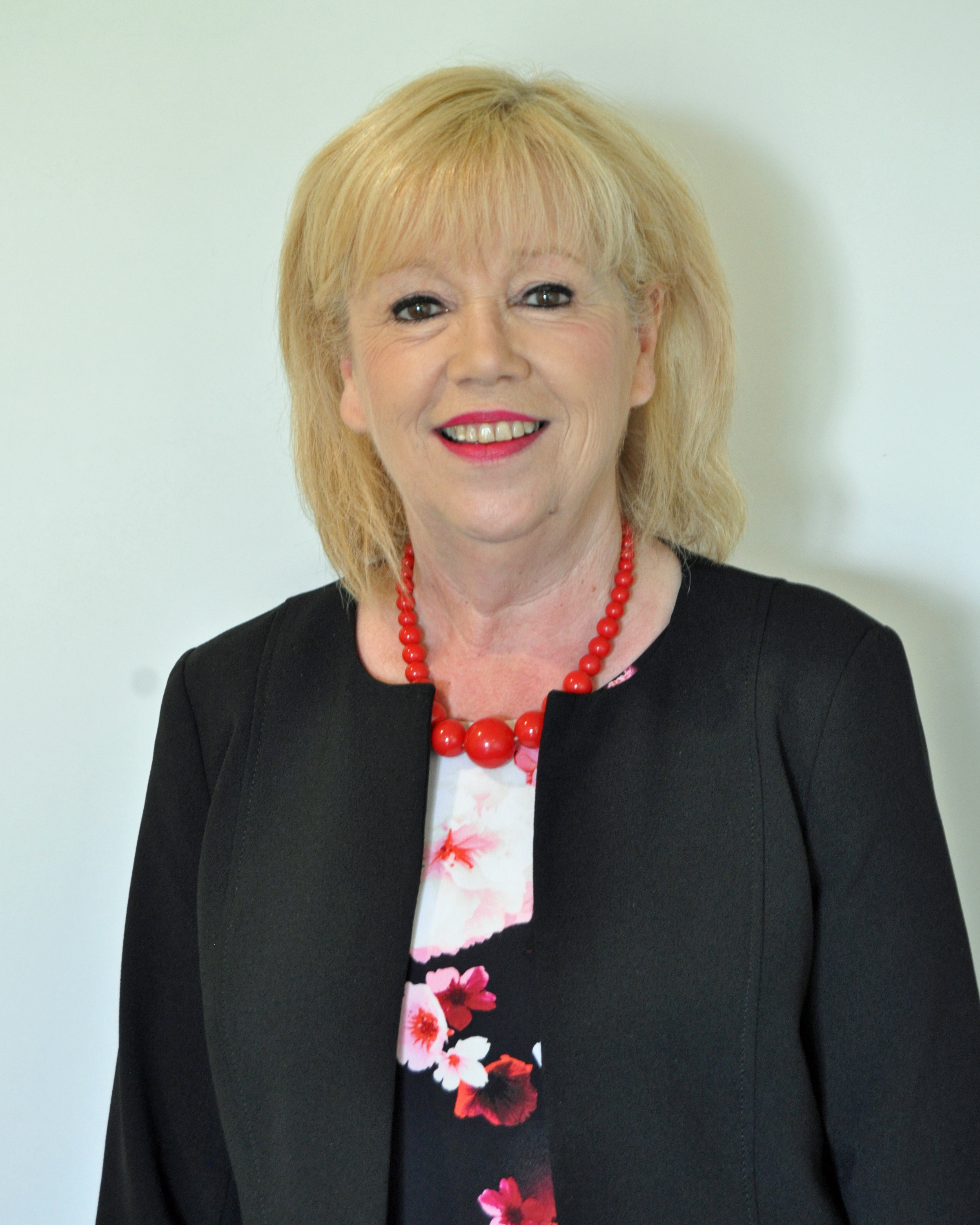 Jenny has been working at Amtrain since August 2008. During her time at Amtrain she has moved on from Training into Accounts. Everyone who walks through our doors knows Jenny for her infectious laugh! Prior to Amtrain Jenny had a varied career in Retail Management and Banking.

Nathan has been with the company for a number of years and has undertaken many different roles during these years. Nathan has extensive knowledge of both the operational and the audit/training aspect of the railway. Nathan’s day to day jobs now consist of Safety Critical Training and Assessing and undertaking Compliance duties/Audits. Nathan can deliver a wide variety of courses from Personal Track Safety through to specialist LOWS and ATWS courses. Nathan also delivers training for train operated companies for senior conductors. 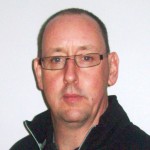 Rob has worked in the rail for many years. He started as a track man and progressed to a machine controller. Rob now trains PTS, Lookout, COSS, ES and also Safe Work Leader . Rob is also an assessor for Amtrain and regularly goes out on site to assess workers on their competencies. 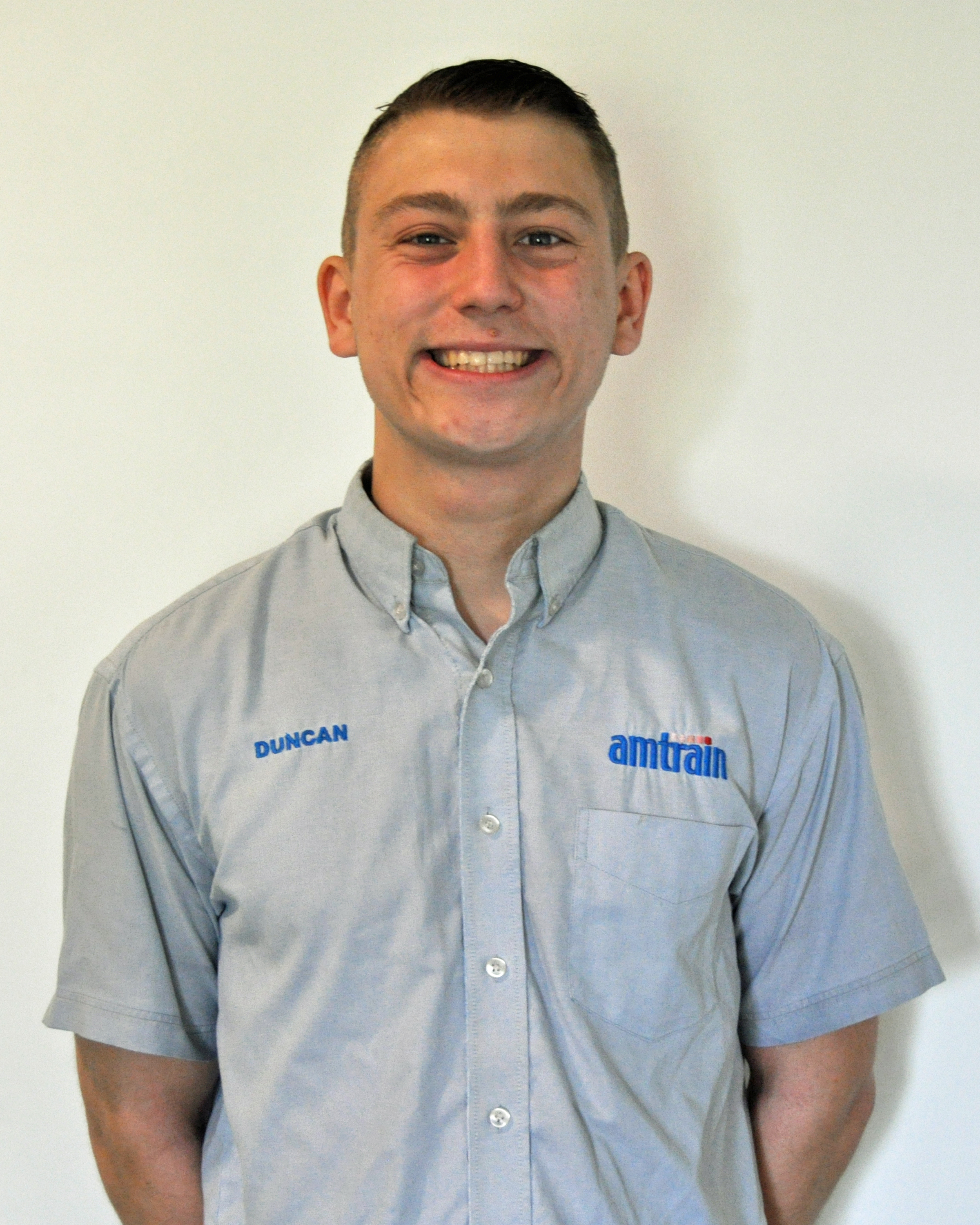 Duncan joined Amtrain in June 2014 when he finished school. He has completed his apprenticeship in business admin and has been one of many we have taken on over the years that have made Amtrain successful in helping young people to achieve their potential. Duncan moved from working doing business admin to teaching personal track safety he has an enthusiastic and energetic teaching style and teaches ICI NR + LU, PTS DCCR, OLEC  and Lookout/site warden. Duncan spends his free time doing track work to try and improve his knowledge within the industry as well as to greater his knowledge and aid his teaching abilities. 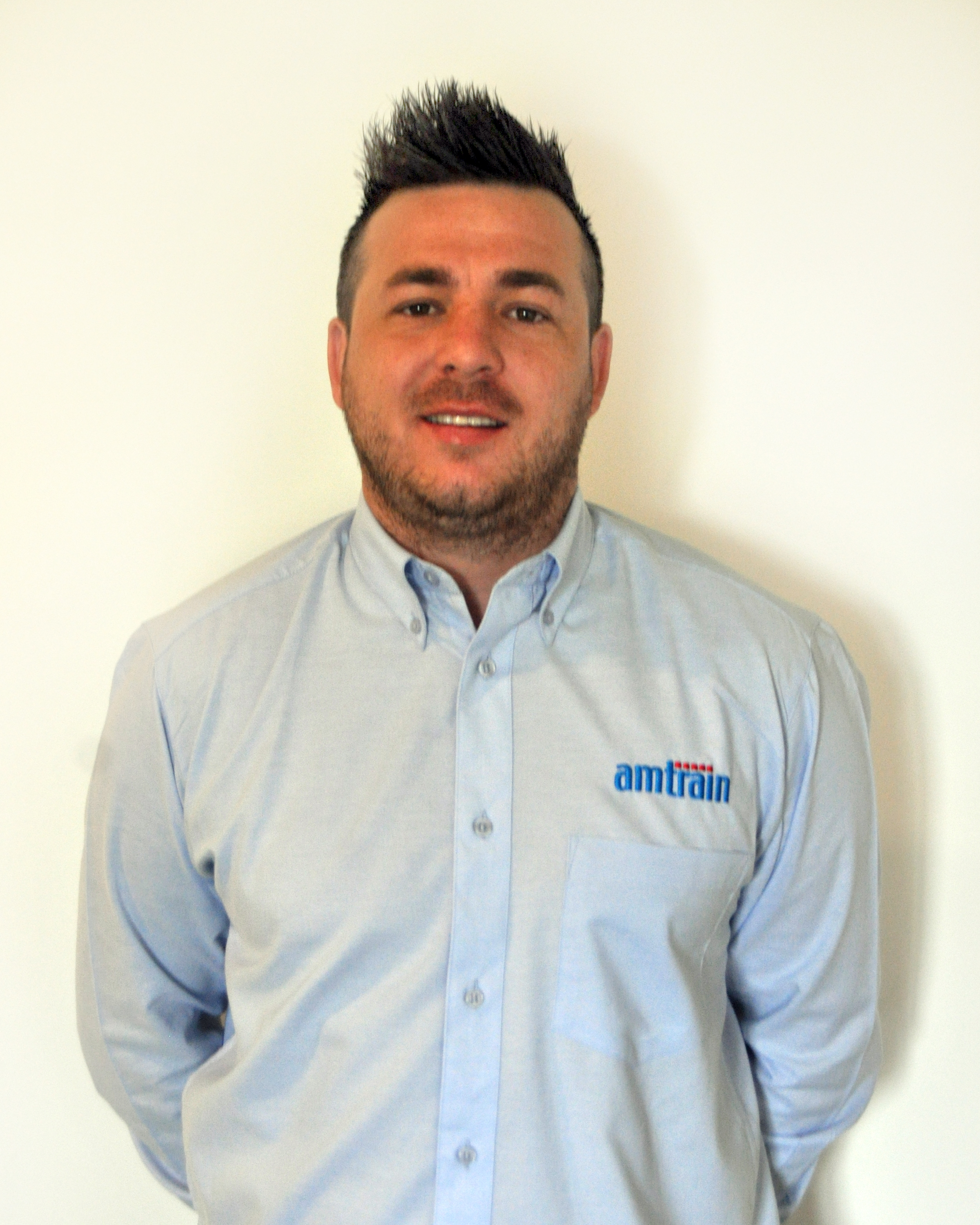 Aaron started working for Amtrain in late October jumping straight into the admin role; his daily jobs consist of dealing with bookings, queries and assisting trainers with paperwork for courses. Aaron has come from a previous PE/Sports teaching background within schools and recently worked with Adults with learning difficulties. He has also done some work on Track and has some knowledge of the Railway but is curious to learn and progress throughout his time within the company and looking to improve, explore and gain different skills within his career. 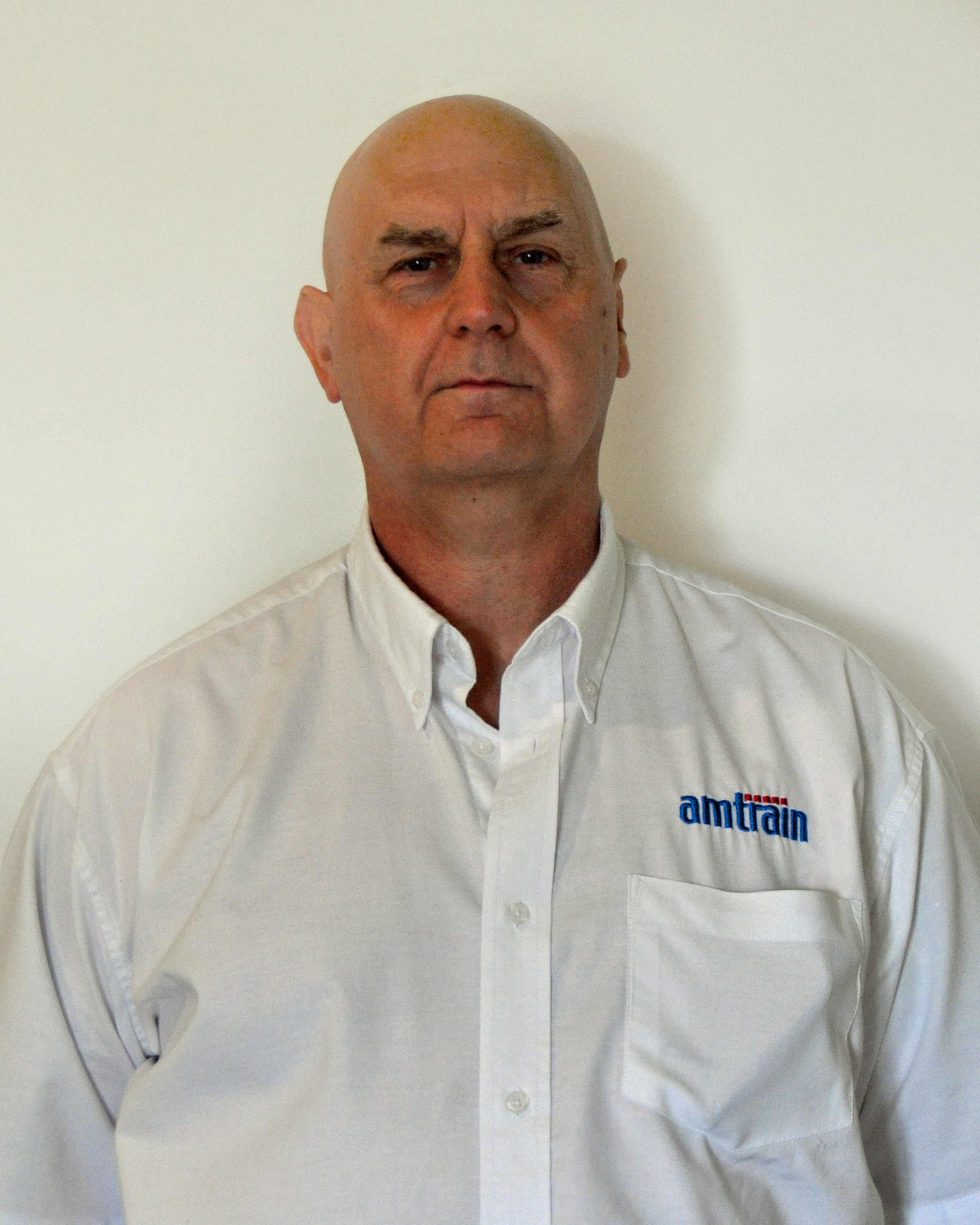 Clive began his railway career with British Rail as a second man at Toton depot in Nottinghamshire. He then progressed to be a Train Driver, driving passenger trains between Kings Lynn and London Liverpool Street stations.
In the late nineties, he moved back to the east midlands and joined Fastline, later to become Jarvis Rail. He worked as an OTM Driver/Operator before moving into the training department.
After a break in his railway career, he worked on various rail projects throughout the UK before returning to training.
He now trains all safety critical competencies up to PC. 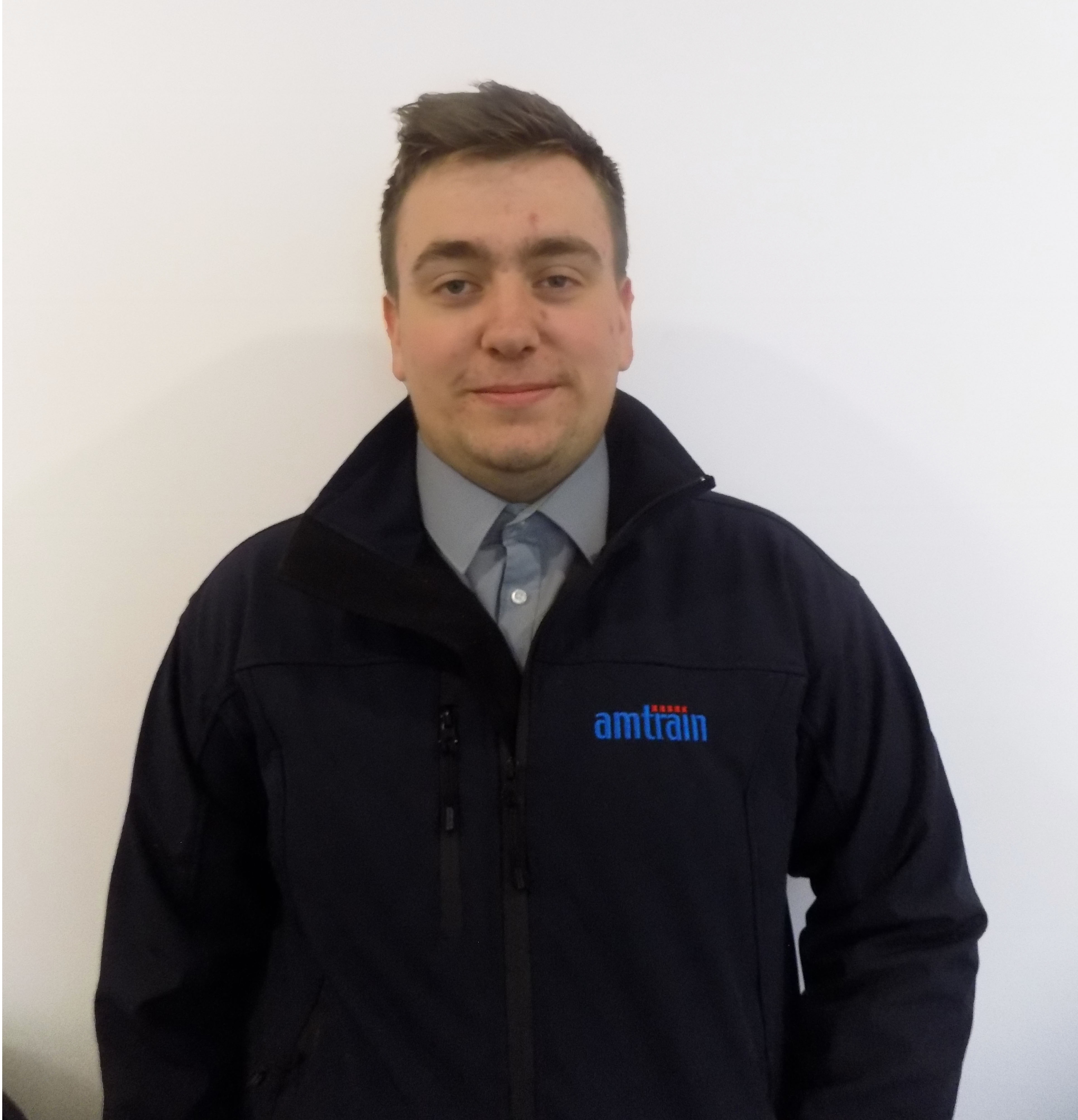 Max has had no experience in the railway before but his two brothers both work within the rail industry. Max has been with Amtrain since July 2018 and has already shown excellent knowledge and progression. Max is looking to further enhance his knowledge and experience with the industry and has attended a Personal Track Safety course. If you need to book any courses please don’t hesitate to contact him.

This message is only visible to admins.

Error: Error validating access token: The session has been invalidated because the user changed their password or Facebook has changed the session for security reasons.
Type: OAuthException
Subcode: 460
Solution: See here for how to solve this error